A Look Inside the Beverly Hilton Hotel

A Look Inside the Beverly Hilton Hotel 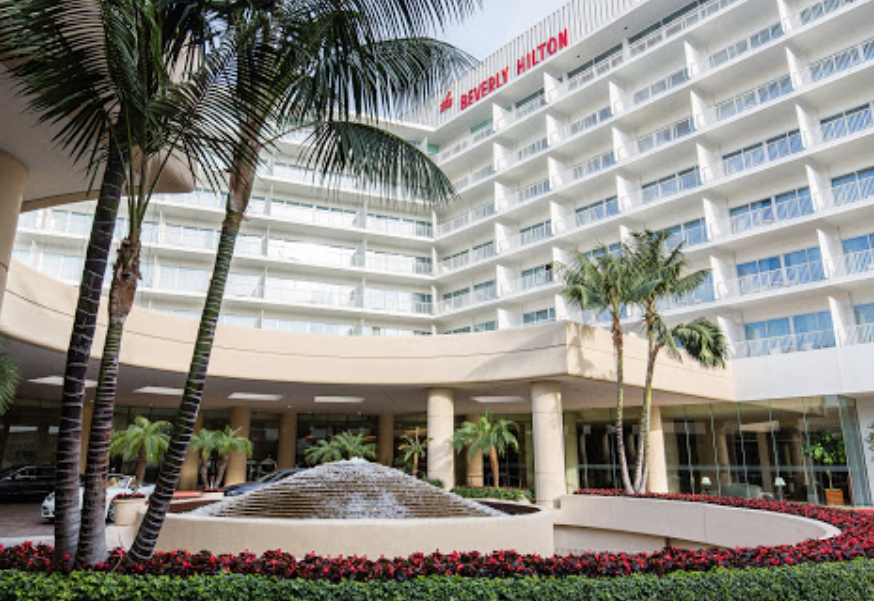 LA is home to many internationally known hotels, recognized by their glitz and glamor and their ability to host some of the most televised award ceremonies in the world. Next week the Beverly Hilton Hotel will be hosting the 80th annual Golden Globes. For those who may not know, the Golden Globes Awards Ceremony is like the much more casual and laid back cousin of the Oscars where celebrities gather around round tables enjoying dinner and bubbly. The Beverly Hilton Hotel hosts many events per year, it is known for its lavish glamor and it is the perfect combination of Hollywood fun and entertainment with the prestige of Beverly Hills.

Since 1961, the Golden Globes have been hosted at the Beverly Hilton Hotel in the hotel’s famously known international ballroom which can host up to 1,400 guests. The international ballroom is one of the most famous ballrooms in Los Angeles. It is engineered with five million dollars worth of audio equipment and it is the only ballroom in the world to feature custom built-in technology. The iconic 67 year old hotel hosts over 200 events a year. Manager Micahel Robertson states that the hotel turns into a small city for this event considering the number of people totals up to 6,000 with guests, staff which includes, security, media, servers and much more.

Unlike most award ceremonies, the Golden Globes does not sell filler seats and is invite only, however, tickets for the bleacher seating during the red carpet are sold (at a very upscale price of course). This leaves most of us watching it from the comfort of our own home!