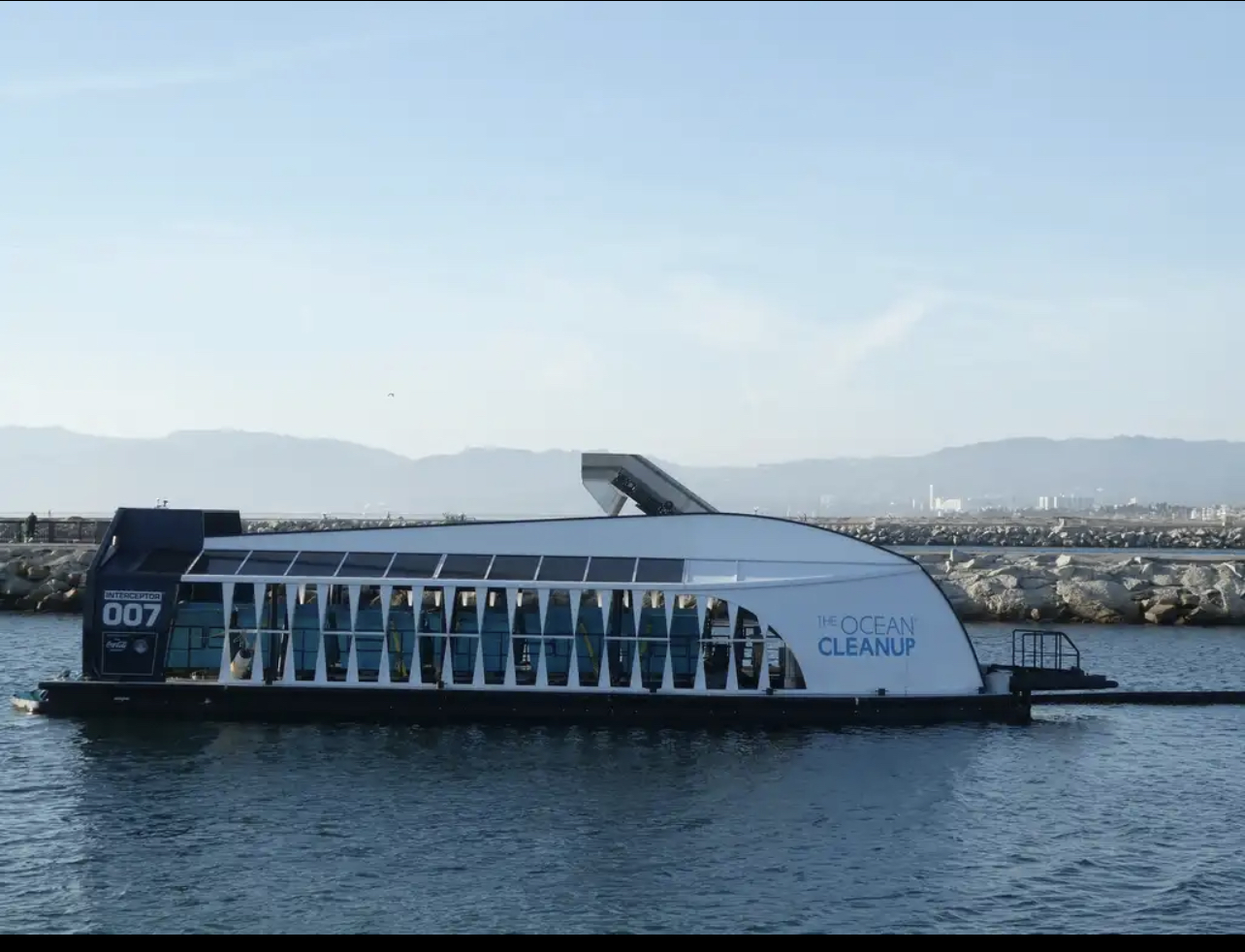 The Ballona Creek Trash Interceptor™ 007 was a project implemented by The Ocean Cleanup after the Board of Supervisors passed a motion declaring Public Works made cleaning up the trash in Ballona Creek a priority. The Ocean Cleanup is a dutch nonprofit organization that specializes in taking the necessary steps to clean up our oceans. This amazing nonprofit reached out to Public Works about partnering up and launching a device that collects trash from the water making it the first Interceptor™ ever launched in the United States.

In 2019 The Ocean Cleanup announced its river initiative, in which they hope to collect trash in 1,000 river systems within five years to stop the overflow of plastic into the world’s oceans. After a long process of meetings and planning, they agreed Ballona Creek would be a great candidate for this project. The agreement was signed in late 2019 and it officially launched into the creek earlier this month. The pilot period will go on from October 2022 till April 2024.

As mentioned before, this is the first time this device is being launched inside the US but they have already deployed Interceptors to other countries such as Indonesia, Dominican Republic and Malaysia. Not only is this project solving the trash problem within Ballona Creek but it is also helping on a larger scale. Aside from improving the water quality in Santa Monica Bay, and cleaning up the creek, it will also bring awareness to the issue we have in our bodies of water and the possible and efficient solutions we have out there.